The Imperial Society of Dance Teachers (as it was first known) was formed on 25th July 1904 at the Hotel Cecil in Covent Garden, London.

A council of management was formed under the presidency of Robert Morris Crompton and in 1906 the first Congress of the ISTD was held.

These technical schools lasted eight days and were attended by forty-two members. Congresses have been held ever since, with the exception of the war years 1915–1917.

In September 1907 the first issue of "Dance Journal" (now known as DANCE magazine) was published and in 1909 Major Cecil H Taylor succeeded Robert Morris Crompton as President. By 1913 the ISTD consisted of 132 members with a cash balance of £104!

The development of the ISTD was restricted during and after World War One and it wasn't until 1924 that the foundations of the present structure of the ISTD were established by the formation of separate Branches (now Faculties). By 1930 the number of members had passed 2000. 1925 saw a change of name to "The Imperial Society of Teachers of Dancing".

As well as the Operatic and General, new branches were formed to deal with the following techniques: Modern Ballroom Dancing; Classical; Classical Ballet Cecchetti Method; Greek Dance - Ruby Ginner Method; Natural Movement - Madge Atkinson Method. In 1931 the Stage Branch was formed to provide a basic training for all dance and embraced specialist stage techniques. The expansion as a result of this restructuring was immense. By 1935 membership had risen to 3000 and by 1938 reached 4000.

Upon the outbreak of War, the activities of the ISTD were greatly reduced but did not cease. The Dance Journal was suspended, but a quarterly bulletin was published. Subscriptions were reduced and a smaller administrative Council appointed. Restricted examinations, Annual Congresses and General Meetings continued.

In 1945 the ISTD became an Incorporated body. The special licence granted by the Board of Trade was a recognition of the ISTD's stability. On Major Taylor's retirement in 1945 Mr Victor Silvester became Chairman, the administrative status of President having been discontinued on incorporation. In 1953 the Grand Council of the ISTD was formed. On his retirement in 1958, Mr Cyril Beaumont became Chairman and the status of President became an honorary one, Mr Silvester being the first elected to that office.

The Disco/Freestyle/Rock 'n' Roll Faculty was formed in 1990 to cater for the forms of social dance suggested by the creative freedom of popular music.

Today the ISTD has more than 7,500 members in over 50 countries throughout the world and holds 250,000 examinations each year.

To find out more about the history of the ISTD, why not take a closer look at our commemorative book 100 Years of Dance. 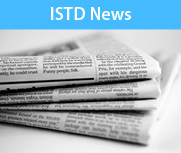 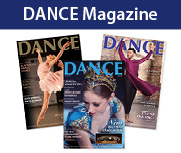