Modern Ballroom Faculty Committee Who is Who 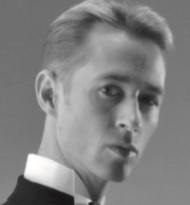 At nine years of age, Christopher started learning to Ballroom Dance, initially at Leonard Morgan’s School of Dancing, then with Vernon Kemp at the Gwenethe Walshe School of Dancing. It was there that he fell in love with Ballroom Dancing. He formed his first competitive partnership at the age of 11. Christopher went on to win all of the major championships in the world, both as an amateur and as a professional, and he represented his country with pride. His crowning glory was achieving the title of World Professional Ballroom Champion three consecutive times.

He now acts as an adjudicator and a teacher or competition coach for the highest level of competitive dancing all around the world, and has been invited to judge at all of the major championships. Christopher has previously served as Chair of the World Competitors’ Dancesport Corporation, which subsequently developed into the World Dance Council Competitors’ Commission under his management. He joined the ISTD Modern Ballroom Faculty in 2009. He was elected Chair in October 2015. In December 2015, Christopher was also elected as Vice Chair of Dancesport Faculties Board, and has recently taken over the role of Acting Chair. He also proudly represents the ISTD on many of the committees at the British Dance Council. 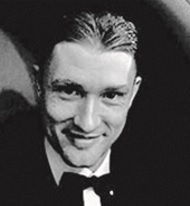 Since taking his first medals with the ISTD at the age of six, dancing has been Warren’s dream and life. He is the only ever winner of the British National Championships in all age groups Juvenile, Junior, Youth, Amateur and Professional.

Warren and Kristi Boyce are Great Britain’s leading couple in the professional Ballroom field and are record reigning seven time champions of the UK Closed Professional Ballroom Championships and six times British National Professional Championships. Both Warren and Kristi are proud to be the trainers of a very large ISTD Medal School that holds regular examinations with an incredible squad of international competitors, based in Nice ‘n’ Easy Dance Studios, Bournemouth. As coaches they have already guided their pupils to World, European and UK Championship titles. To date they have trained couples winning 24 World Championship titles. 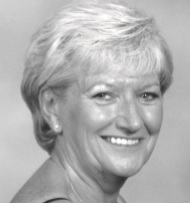 Paula has been an ISTD Ballroom committee member for many years. Having left school at 16 she was about to enter a career in banking, but was offered a position as a Student Dance Teacher at the Goodyear School of Dancing, where she qualified in Ballroom and Latin American, later becoming Head Assistant at the school. The Goodyear School of Dancing flourished and was later renamed The Bath DanceCentre.

During the 1960s Anthony Goodyear and Paula partnered up and had a successful competition career, coming third in the world Latin American, seventh in Ballroom, and were Great Britain’s Ten Dance Champions representing Great Britain in all major championships. They competed, demonstrated, lectured and adjudicated all over the world, before Paula became Principal of The Bath DanceCentre in 1997.

Paula has adjudicated the British Championships, both Adults and Juniors, on several occasions. She is an ISTD Fellow and Examiner in several Dancesport faculties and greatly enjoys travelling and visiting other dance schools. 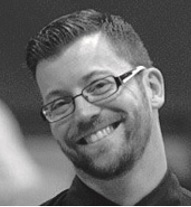 Malcolm is a Fellow and Examiner of the ISTD and is starting his second term on the Modern Ballroom faculty.

He teaches full time and has his school based in East and South East London. He trains all ages and levels from social dancer to competitors and teachers. Malcolm finds great rewards seeing the development and achievements of those he trains and coaches. He regularly teaches abroad and is an International Adjudicator. Malcolm also represents the ISTD on the British Dance Council’s Teachers Committee and is a trustee of the Imperial Benevolent Fund. 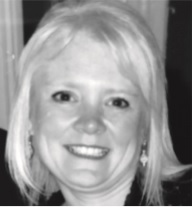 Teresa started dancing at the age of four with the Olga Wilmot school of dancing in Ipswich, going through the medallist system with the ISTD.

Upon returning to England Teresa continued her professional training with Olga Wilmot. She won the Basic and Standard Ballroom trophy six times (now the Bill Irvine Trophy) and the Pierre Latin American trophy.

Teresa is also a previous winner of the Phyllis Haylor Scholarship and during her time of partnering in the medallist competitions for nearly 20 years, was awarded the ISTD top teacher award. Teresa became a Ballroom and Latin American examiner in 2013. 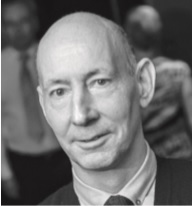 Vernon is a Fellow and Senior Examiner in all ISTD dancesport faculties and a regular lecturer at teachers’ congresses. Dance played a major role in childhood, starting with Tap at four and a half years of age. Ballet became the main emphasis although Ballroom, Latin and Sequence were added later (at about 10 years old). At 18 years of age, major decisions had to be made about whether to teach or perform, and examining was already a dream.

Two Associates were achieved before embarking on an Honours degree in Geography and Education and immediately after graduation, full time teaching ensued first in the north of England and then in London.

Despite running Central London Dance (danceschoolslondon. com) Vernon enjoys travelling to other countries to teach, examine and adjudicate. All levels of dancers pass through the studio from total beginners to world champions and even royalty. Teachers he has trained in London now work in many countries throughout the world. 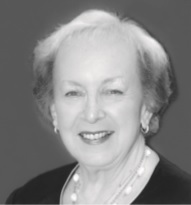 Anne was appointed as an ISTD examiner in Ballroom and Latin American in 1971, adding Sequence in 1977. She was then very much involved in the Disco ‘explosion’ in 1978 and co-chaired the Disco, Freestyle & Rock ‘n’ Roll Committee from its inception until it became an elected committee. She also chaired the Ballroom Teachers’ Committee for nearly 20 years from 1980 and organised and Compèred the quarterly Ballroom and Latin Medallist competitions for the Society. She was elected to the Ballroom Committee in 1982.

Anne has adjudicated Formation World and European championships in many countries for many years, and lectured on all Dancesport subjects. She held the post of Senior International Dancesport Co-ordinator for the Society for 20 years. 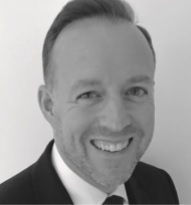 Dancing since the age of seven Richard comes from a family that brought him up with the ISTD. As a child he completed all his medals as well as competing on the open circuit representing England, before turning professional at 22. With more than 20 years of teaching experience Richard runs a successful dance school, and over the years has trained many winners of the ISTD Grand Finals events. He holds a Fellowship in Ballroom and is currently working on the same qualification for Latin.

Richard was the very proud double winner of the Bill Irvine and Pierre Trophy in 2015, following in his parents’ footsteps. His father is an ISTD examiner and was himself on the Ballroom Committee for many years. As well as being an active member of the faculty Richard plans to become an ISTD examiner. 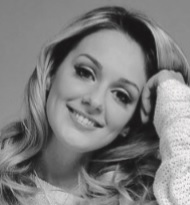 Claire found her love for dance at three years old, and grew up competing in medallist events, and taking examinations with the ISTD in all Dancesport genres. She quickly realised her passion was in teaching, and since taking her first teaching examination in 2004, has progressed through the qualification levels in five genres, Ballroom, Latin, Sequence, Disco Freestyle and Rock and Roll. She was also one of the first Dancesport professionals to complete all of the FDI and CDE units with the ISTD.

Claire was awarded the Phyllis Haylor Scholarship in 2008, and since then has lectured numerous times at both the Spring and Summer congresses in all genres.

Her school which she opened in 2004, it has grown to now have classes for children and adults across 12 dance styles. In 2010, she purchased her studio premises in Royston, which she continues to develop alongside her Newmarket branch, as well as working with Cambridgeshire and Suffolk councils offering dance in primary, secondary and middle schools across the South East area.