Tap Faculty Committee Who is Who 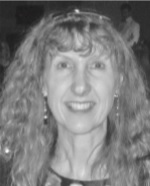 Helen began dancing at The Bush Davies School, Romford. She continued her training with the Faulkner Hembry School of Dance and went on to complete a three-year course at Bird College where she obtained her vocational examinations. Upon leaving she commenced her dancing career, working and touring for several years in Europe.

She achieved further teaching qualifications on her return to England and since then has taught at Bird College, The Centre, Arte e Movimento in Cesena, Italy and has also worked freelance, choreographing various items for school and college productions.

Her love of travel has resulted in her teaching at many schools abroad in Australia, Italy, Spain and Sweden. In 1998 she was appointed as an examiner for the Modern and Tap Faculty for the ISTD and became a member of the Tap Faculty Committee in 2003.

As one of the Tap team, Helen teaches at the resident ISTD Summer School and lectures at regional and London courses throughout the year.

From 2005 Helen has been working as an international examiner and has examined and lectured in Australia, Canada, Europe, Hong Kong, Malaysia, Mexico, New Zealand, South Africa and the USA. She now examines at Fellowship level, is an approved ISTD tutor for the level 4 Diploma in Dance Education (DDE) and has taught the Level 6 Diploma in Dance Pedagogy (DDP) specialising in Tap.

Since 2011 she has also taught Tap in Italy on a monthly basis, which she greatly enjoys.

Jackie trained as a child to major level with Esme Child and Vivienne Bond. She studied Art and Design at The London College of Fashion and later completed her dance teacher training with Pauline Ash and Heather Rees, becoming an examiner for the Modern Theatre and Tap faculties in 2004.

Following 25 years of freelance teaching at schools in Hastings and Brighton, including 8 years at Stonelands School, Jackie decided to concentrate her efforts on nurturing young teachers. She is an Approved Tutor for the ISTD and alongside her friend and colleague Deborah Lamb coaches all levels of teaching qualification in Tap and Modern to both new and established teachers in the south east. She has also recently joined Urdang Academy as tutor of the DDE Modern programme.

Jackie is the ISTD’s Regional Representative for East Sussex and has been organising CPD courses for teachers in the area for the last 30 years.

She is a founder member, choreographer and player with the Renaissance Theatre Company, whose annual productions raise money for the local hospice. 2019 marks their 10th Anniversary.

Jackie is delighted to have been elected to the Tap Committee and is looking forward to being part of the Faculty’s future development.

Dr Nathan James has been a member of the ISTD for over 20 years and is very honoured to be part of the Tap and Modern examining team. Performing professionally in musical theatre, Nathan’s passion for teaching has led to him working in many vocational colleges in the UK. He is currently the Director of HE programmes at the Urdang Academy, managing the degree programmes and the ISTD DDE courses, alongside teaching at Dupont Dance Stage School and lecturing at the University of Wolverhampton.

Nathan is very proud to have become a member of the ISTD Tap Faculty as his passion for Tap is at the forefront of his on-going CPD, where he regularly attends master classes and festivals in the USA. Nathan gained at MA in Professional Practice with distinction from Middlesex University and was awarded a PhD in Dance in 2018 from the University of Roehampton, where he focused on the work of film choreographers in MGM musicals. In addition to teaching and examining, Nathan is a dance adjudicator for the British and International Federation and All England Dance competitions.

In the next issue of DANCE we will profile the Chair, Nick French, the Vice-Chair, Heather Rees, and committee members Carol Ball and Alison Forrester. Visit istd.org/tap-dance to read profiles and mini-interviews with committee members.