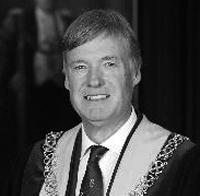 Jeremy was born in Buckinghamshire and educated at Rugby School. He first worked on the floor of the Stock Exchange for Akroyd & Smithers in the early 1970s before leaving the City to qualify as an accountant in 1981. Jeremy’s career included working at Aviva, Willis Faber and then Robert Fleming, before becoming the Finance & IT Director at the Financial Ombudsman Service. During his career he spent time abroad working in Paris, which enabled him to learn to speak French, and also travelled the world extensively in his other roles.

Retiring in 2010, apart from being Chair of the Finance & Audit committee at the Imperial Society of Teachers of Dancing, he now spends his time as the Team Leader of the Oxted Community First Responders with the South East Coast Ambulance Service, driving for a local charity that enables people to attend medical appointments, and helping with a charity based in Malawi that aims to improve the lives of small farmers and businesses. He is a trustee of the Mitchell City of London Charity & Educational Foundation as well as a past master of the Worshipful Company off Curriers.